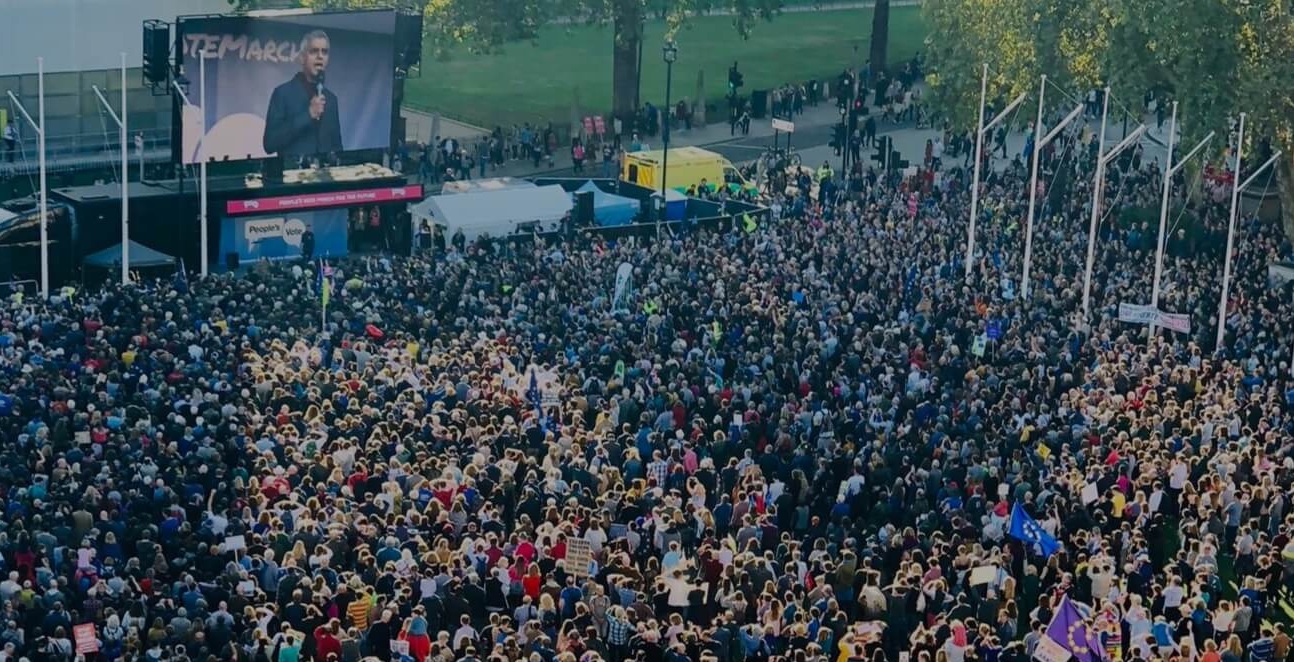 Open Britain played a central role in the UK's Brexit debate, initially by leading the 'Remain' campaign in the referendum, then by pushing for a final say on the Brexit deal as part of the People's Vote campaign.

Nowadays, Open Britain is a campaign organisation dedicated to the revitalisation of UK democracy. Through our campaigns, we aim to address some of the key weaknesses in our democracy and challenge those forces that are intent on undermining it.

What we want to achieve

1. We want to increase public understanding of, and engagement with, all levels of democracy in the UK

2. We want to replace the outdated First Past the Post electoral system with a form of proportional representation

3. We want to encourage and support community activists to campaign on the issues they care about, be they local, regional or national

Our Democracy Unleashed campaign aims to deliver the first of these objectives and PR2028 the second. Our platform to support community activists across the UK will be launched later in 2021 and will deliver the third.

How you can get involved

As with all campaigns, Open Britain’s work is only as strong as the movement of supporters behind it. We are proud to have one of the largest, most dedicated and most energetic social movements in Europe and we try to ensure everyone has an opportunity to play a role that’s right for them (we know everyone has their own preferred way of contributing to the cause). Making a difference is as easy as 'A, B, C, D'.

A. ADD your name to the petitions we raise to increase awareness of our campaign issues

B. BOOST our messages on social media by liking, retweeting and sharing, and by asking your like-minded friends to join our mailing list and/or follow our accounts

C. CONTACT your MP when we have a point to make to them or we need them to vote a certain way in an upcoming debate

D. DONATE to our action fund when you can (we know money is tight these days and that people can’t donate every time we ask so, when you do, we are extremely grateful)

As we emerge from lockdown, we know there are likely to be times when we need to bring our voices to the streets but, for now, we want everyone to stay home and stay safe.

We know that the most successful campaigns are the ones prepared to listen to ideas from their supporters. We know it’s impossible for a small group at the centre of a movement, however driven, to come up with all the best answers, and that it’s often the people on the ground in communities who know best how to get stuff done. So, as we grow this campaign, we want to hear what you have to say.

Obviously, it won’t be possible to adopt every suggestion that comes our way but we expect, with the energy and experience of our movement, we will receive plenty of suggestions we can use to shape our activities.