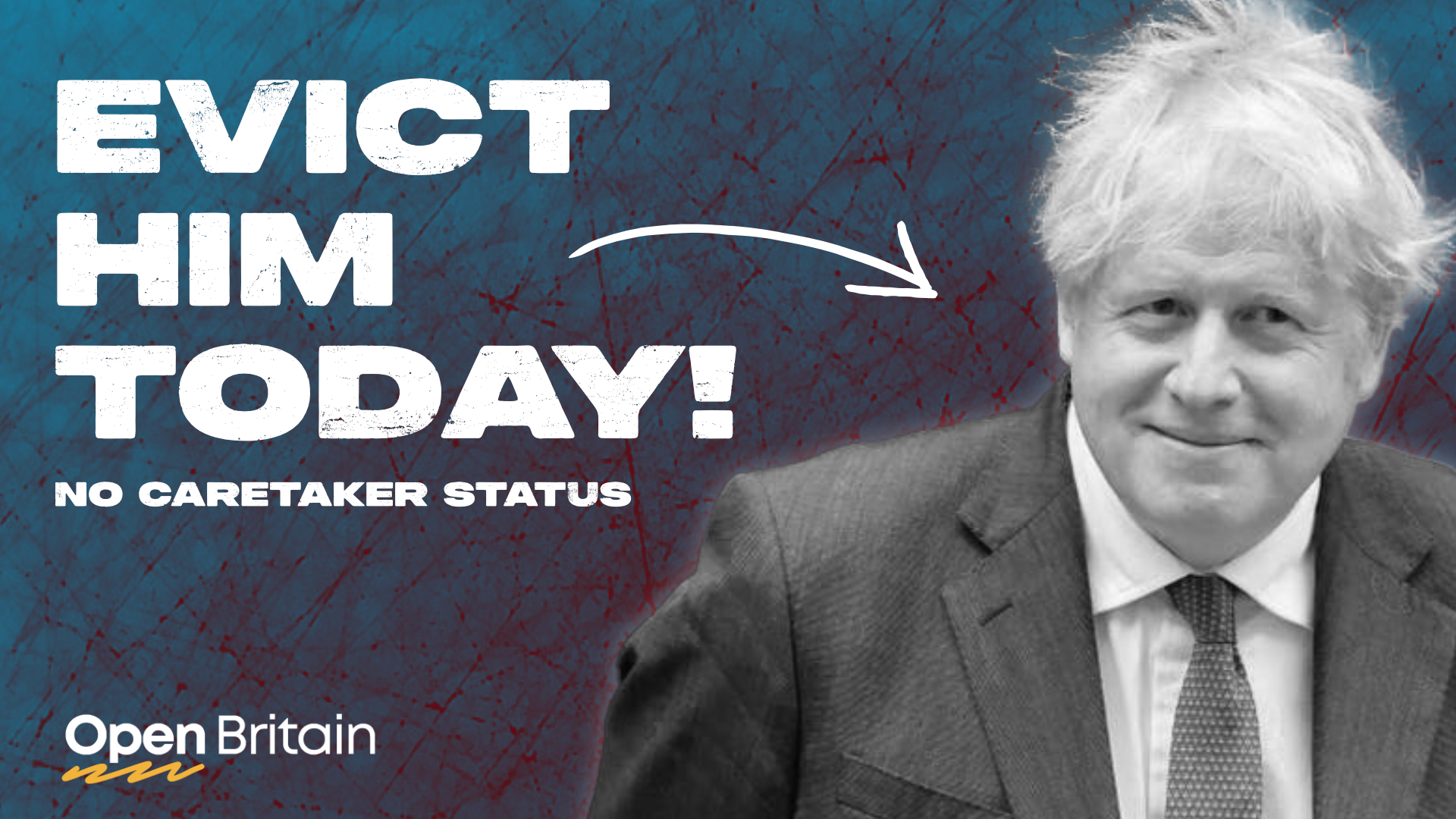 So, Johnson is gone…but he won’t be forgotten for a very long time.

And we won’t forget his disgraceful and selfish behaviour in recent days, clinging on to power when it was crystal clear that doing so was damaging our democracy and our national interests.

In the coming weeks and months, we will be working hard to ensure we never have to suffer this mafia style of government again.

But there is a task that is even more urgent!

That task is to have him removed from Number 10 immediately, not allowed to hang around as a caretaker until his successor is chosen. If he is allowed to stay, he could cause carnage both at home and abroad. Our country faces myriad challenges right now…we cannot allow a man who always puts his own interests above those of the country to be anywhere near government as we do that.

The people with the power to influence this - Conservative MPs - are weighing up the pros and cons of this issue right now. Please sign our petition to make it crystal clear to them that he must be evicted today.

And once you have signed, please spread the word on your social media accounts so we have maximum impact. Our video van will be making the point on the streets of Westminster. 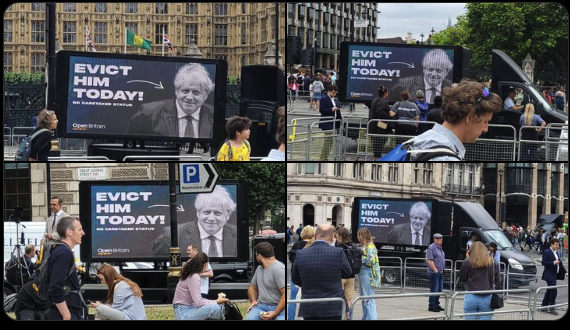