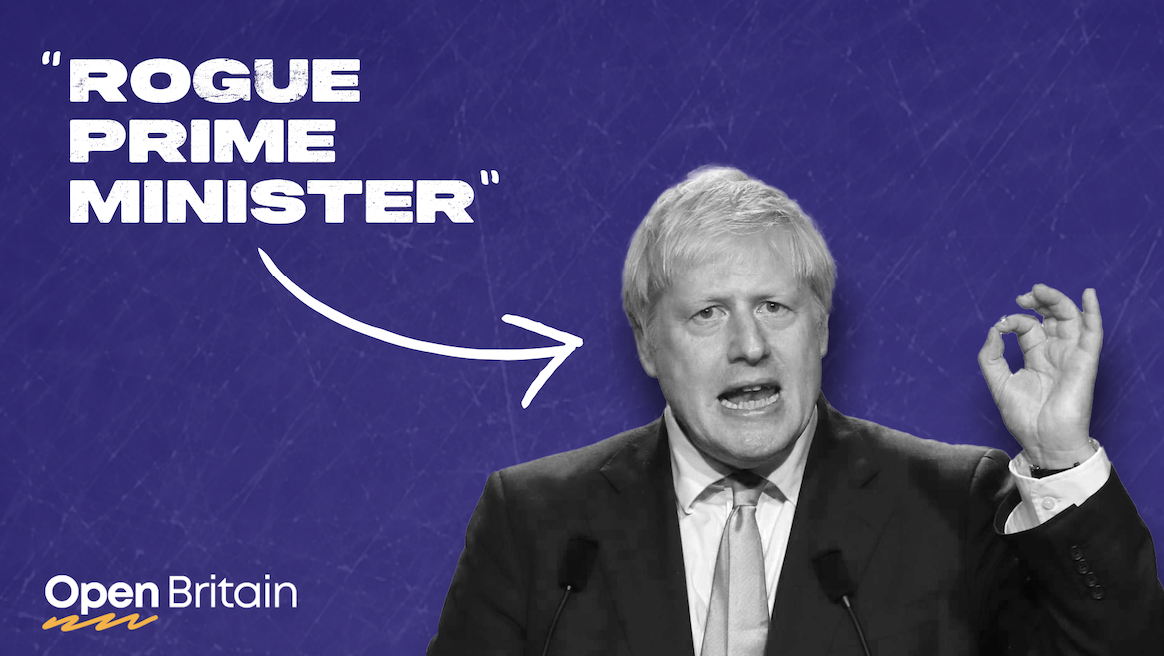 ​Please sign our petition calling for the ministerial code to be rewritten so that a prime minister alleged to have broken the code can be investigated and sanctioned by an independent body.​

Peter Hennessy, one of the country’s most respected constitutional experts, recently said of Boris Johnson, “The Queen’s first minister is now beyond doubt a rogue Prime Minister unworthy of her, her Parliament, her people and her kingdom.”

He went on to say that by breaking the law and misleading parliament, Johnson has effectively shredded the ministerial code, the rules that he himself is supposed to use to hold government ministers to account for their actions.

It is an outrage that our system gives so much power to a single person yet has no effective way of holding them to account for the way they use it.

It’s time to #StopTheRot so that we can begin to get our country back on track.

Please sign our petition today and demand that the ministerial code to be rewritten.