Who is speaking at the #StopTheRot Protest? 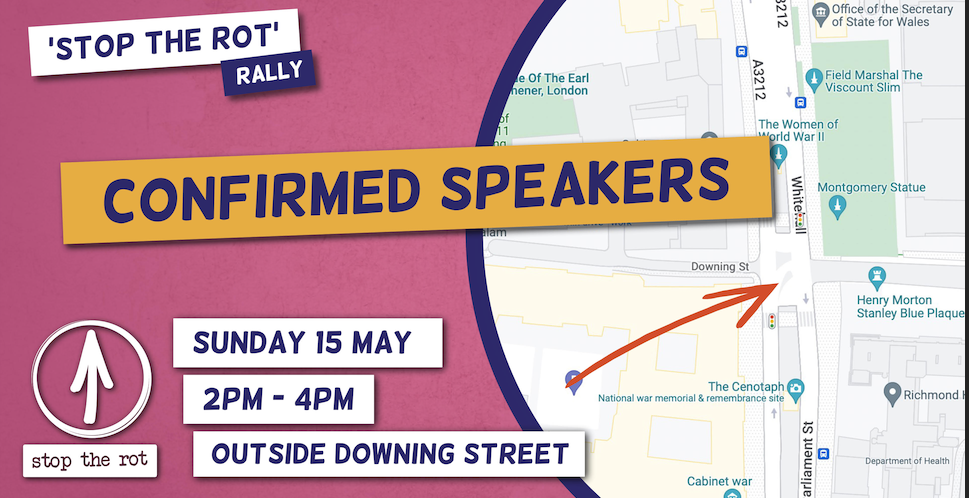 At 2pm this Sunday, 15th May, we will be outside Downing Street to show Boris Johnson and his cronies that we’ve had enough of their lies, excuses, and attacks on democracy. Our message is clear: Boris Johnson is not fit to lead, and we need to act now to stop the rot that is killing our political system.

We’re proud to announce that Rosie Holt, political comedian and satirist known for playing a role as a Conservative MP, will be our host for the afternoon.

The following speakers will highlight different aspects of the rotten politics we have in Boris Johnson’s Britain, and point out how we can respond positively:

JOIN THE PROTEST | STOP THE ROT | CHOOSE YOUR FUTURE

If you are as concerned as we are about the state of our politics, you won’t want to miss this event. Thanks to the activists above, #StopTheRot will be an afternoon of politics, entertainment and action. We’re going to send Boris a message loud and clear, showing that we’re united against the rot that he and his government have brought to our politics.